THE DEFINITION OF SURVEILLANCE IS “CLOSE OBSERVATION”. When you’re working with privacy and security, this is basically the thing you are trying to avoid – someone watching what you are doing. Before we get into the nuts and bolts of how to be more anonymous, we need to understand how surveillance works in a digital world.

It sounds so double-oh-seven, surveillance. I mean, you’re not a spy (not that you’d tell me if you were)! You’re not skulking around in dark alleys, clandestinely using dead drops to exchange information with shadowy figures with catchy code names. But surveillance is a catch-all that covers so much more. We are all being tracked, all the time. But you’re not doing anything wrong, so you have nothing to hide, right? Who defines wrong, and what happens when you decide you don’t like being watched all the time?

Some people think of private investigators and spies when they hear the word “surveillance”. Someone following you around, taking pictures, and noting down everything you do. That isn’t far from the truth even online, it’s just that it’s computers following you around and noting everything you do. They’re much more efficient at it, and they talk to each other. So just go ahead and multiply that PI by a billion or two and you’ll start to get an idea of what you’re up against. 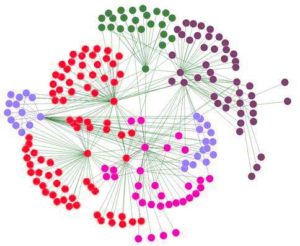 Data collection is only half the story, however. What does that PI do after he’s collected information? He looks at it and tries to establish a pattern. Patterns make you predictable; they mean that the PI can anticipate what you will do. Say we’re talking about a detective instead, who is trying to figure out which person did something. They don’t have a person, just a bunch of information, so they make connections. Connections form a trail that eventually link an action to a person.

Computers excel at both patterns and connections. The more data they have, the more connections they can make and the more reliable the pattern is. This is how social sites are able to recommend new people to connect with – they establish a pattern in the people you have connected with previously and select a likely next choice. The more people you connect with, the better that pattern will be and the more reliable the recommendation will be. The same concept applies to showing you relevant advertising from Google, or suggesting items to purchase on Amazon.

Patterns aren’t inherently bad. It’s really nice when Amazon can recommend a new book that you might like, or a product you hadn’t thought about before. The problem is less that all of this information is being collected and processed, and more that we don’t know how it is being used. Since we can’t trust that the data is ever used for only the thing we like, and we can’t know who actually has it, we need to be very careful about what data we share.

This is a basic understanding, but it’s enough for our purposes. Knowing how surveillance works, how do we subvert it? Quite simply, we want to avoid having connections between our actions, at least some of the time. If we could have perfect anonymity, there would be no way to connect any single thing we do to any other thing. This is virtually impossible in our connected world, so we’re going to make it as difficult as possible by hiding critical information, trying to make our actions disappear in the crowd, and breaking up our patterns of activity.

Next up: A Little Healthy Paranoia

I'm a dad, a small business owner, a systems engineer, a developer, and any number of other things.