I TOOK A PHOTOGRAPHY CLASS LAST WEEK. While I consider myself pretty adept at handling a camera from a technical point of view, I know I have serious gaps in how I compose pictures. I was pleasantly surprised that the Digital Days Photo class that I took taught me a few things and I believe I came away from it taking better pictures.

Photography has been a hobby that I have enjoyed even in college, though I haven’t done much since then. That was before the prevalence of digital cameras, so it was a darkroom class that focused more on the technical aspects of developing film, and techniques for working with exposure in the darkroom. There was less work done on the composition of our pictures, though that probably would have been in a later class if I was able to take it. Time passed, and I shifted back to snapshots and horribly busy pictures where I try to show everything all at once. Once the kids were born, it was more important to get lots of pictures of them, and there are a few good ones in there as a result of the law of averages.

Last year I got a very nice Canon 7D body, and started picking up some really good gear to go along with it. So much, that I often get asked if I’m a professional, to which I respond “No, just an amateur who spends far too much.” Despite the new glass, like a Lensbaby and a sweet Tokina wide angle, I was still leaning on my 70-300mm zoom lens as a crutch, and occasionally dipping down to the kit lens that came with our older EOS Rebel. When the kit lens broke on a trip to Walt Disney World last year, I saw it as an opportunity to move to a Sigma 50mm prime lens to cover that gap I had on the low end. It’s certainly not perfect, as I have no way to cover the range from 18-50 or 50-70, but working primarily with the prime has been very helpful for me.

For the Digital Days class, I opted to take the beginner class on Saturday as well as the intermediate class the following day. I figured a refresher on the basics would be good, and I don’t regret doing that even if it was a little slow for me. The second day was where were really got into composition and lighting. I think the biggest takeaway I had from the whole weekend was “fill the frame.” That is, make all the space in your picture count and be aware of what is at the edges of your picture. Does it tell the story, or detract? Don’t take a picture expecting to crop it down, get in closer and take the picture you really want. I can see the difference in my photos of my kids even, where I have gotten in close and filled the frame as opposed to where I have shot them from too far away. 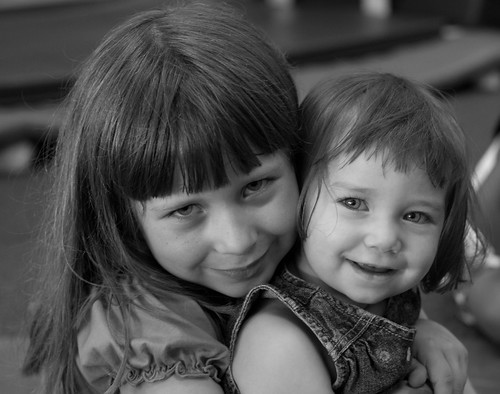 The other big thing was white balance. I’ve never touched that setting, whether on the camera (where I’m shooting in RAW anyways), or in post-processing. Suddenly I’m checking the setting in Lightroom when I process the photos and realizing what a difference it makes in getting the skin tones to look right. Such a little thing, but it’s a big deal. And it’s got me looking at some WhiBal cards to use as part of my kit.

The second day of class also had a model shoot. I won’t lie, I was somewhat dreading this. I’ve never worked with models before! When I take pictures of people, it’s people I know and most of the time they’re doing something. They’re not there specifically for me to take pictures of them. I had no idea how I was going to approach the model shoot, or what I would get out of it. Using it as an opportunity to work with some of the techniques like depth of field, motion blur, and lighting, I didn’t expect to come away with anything I was going to want to keep. Boy was I wrong! Not only did I take some pictures I really liked, I was able to take some shots that even the instructors didn’t really think would be possible, like this one (they didn’t think the strings on the racket would wash out enough): 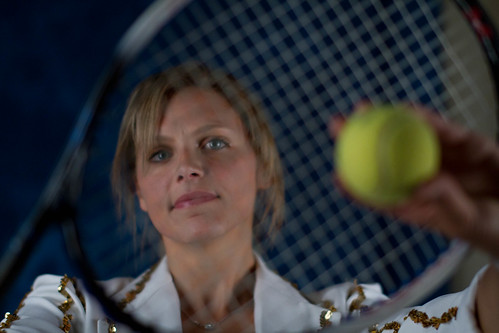 Of course, the instructors weren’t as thrilled that I listened when they said “shoot 1000, share 8.” After the model shoot I handed them a full 16 GB memory card (700 images) for their review session. What was nice, however, was that they selected at least a half-dozen of my shots to put on the big screen during the critique.

I immediately turned around last weekend and took some pictures at our neighbor’s daughter’s birthday party this past weekend. Sure, I wouldn’t call anything there award winning, but it’s a far cry from even the pictures I took at Disney World last fall. It certainly gives me a lot more to think about when it comes to composing my pictures.

I'm a dad, a small business owner, a systems engineer, a developer, and any number of other things.